If you are the kind of person that knows where their towel is (and we most certainly are) then I won’t need to tell you about whats happening at Hackney Empire this July. This main London date forms part of a wider national tour of a new stage/radio show of Douglas Adams’ Hitchhiker’s Guide to the Galaxy written and directed by Dirk Maggs. The legendary story started life on the wireless and has since been seen in many other guises from TV series and books to a film in 2005. 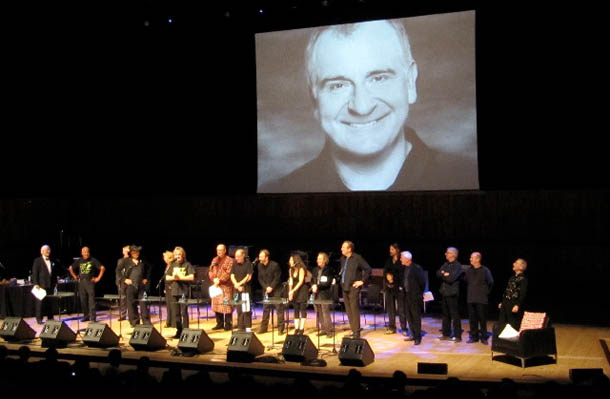 If you are new to Hitchhiker’s, Don’t Panic! You will, of course, be made most welcome. You can expect a blend of quaintly English sci-fi humour such as answers to the ultimate question of life and the demolition of Earth which is  “almost, but not quite, entirely unlike tea”. The actor Simon Jones from the original TV series will be playing Arthur Dent (in his dressing gown once again) and if that’s not enough, Monty Python’s Terry Jones will be playing Voice of the Book. The Guide has developed an amazing cult following mostly for its off-kilter humour and madcap philosophical musings but also because it’s loads of fun. Shall we see you there? (Words: Laura Thornley)

Tickets at Hackney Empire are soon to sell out  but local performances are available at Woking and Bromley.  For more info, visit www.hitchhikerslive.com

Something you should see…The Veteran