When it comes to throwing a great party, we all know the DJ is supreme. With their encyclopedic knowledge of music – from the best breaks to the crowd killers – they’ve got the power to rock the proceedings however they choose, and house masters like David Guetta, Tiësto and Deadmau5 make mashing tunes together in spots like Las Vegas and Ibiza look like child’s play. Yet, after doing a masterclass at Ministry of Sound’s DJ Academy, I discovered it takes alot more than a gushing love of music to become a bonafide disc spinner. In fact, you need balls– even the She-Js – and if you’re a bashful sort, probably a sick bucket for your nerves. 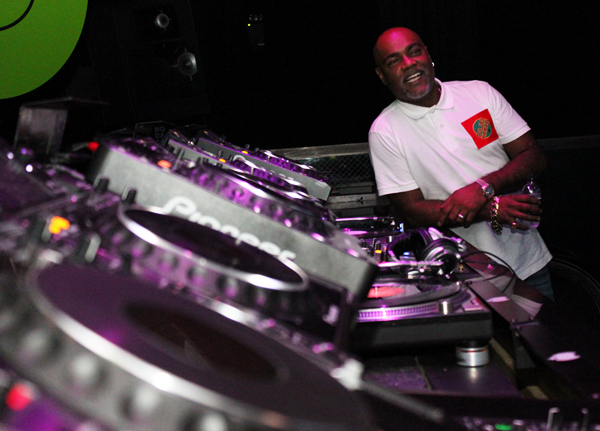 Acclaimed DJs Jazzy M, Ray Keith and Karl “Tuff Enuff” Brown had a few hours to teach a small group of us the basics, which started with knowing how to mix a record. According to Jazzy, the best way to learn to mix is to learn to count as it’s all about timing. So we were tasked with listening out for the kickdrum in a range of tunes, which is the thing your head might instinctively nod to and is alot more obvious in house music. We then learned the number of kicks (or beats) in a minute is what’s known as the “bpm”, and the key with mixing was to make sure both of your discs’ bpms are in sync.

But if only it was that easy!

First, you need to know the best part of a song to mix – and in house, you’ve got the intro, the breakdown, the main drive, another break down, a bit more drive and then the outro. Jazzy told us to stick with mixing the intro and outro, “as they’re the simplest parts of the tune…and you should never try to mix too much noise”, like vocals. You can also manipulate the song by messing around with the equalisers – which can alter the song’s bass, mid or treble – but all that technical wizardry is really the realm of more experienced DJs. 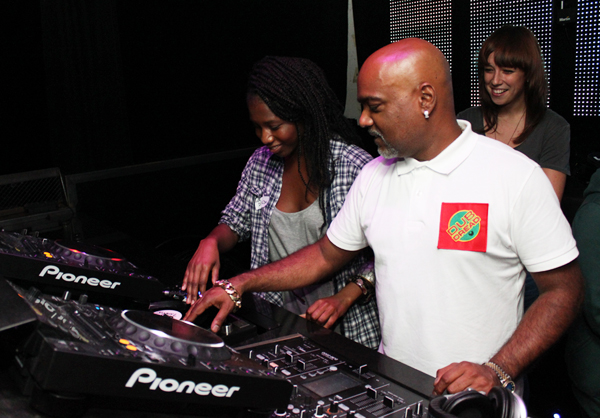 As for equipment, we were first introduced to mixing with CDJs turntables, which conveniently show you the BPMs of your CDs – so it’s just a case of making sure they match, listening for a good point to mix your second record, pushing a button and voila! You’re in. Still, it’s a million times harder if you keep it authentic and work with vinyl. Keith – who’s one of the UK’s drum and bass pioneers – only uses dubplates, and he took pity on us when we our group tried to match beats as even he admits it’s a tricky business; and he’s been at it since the 80s. There’s no BPM indicator, vinyl turntables rarely stay in sync throughout a whole song (meaning you have to slow and speed up the record with your fingers), and it’s just one of those things where alot of practice will eventually (!) make perfect.

To wrap up, we all mixed a final record, and I can’t lie – I was exceptionally terrible, but pretty pleased I gave it a go. The experience taught me that while DJing may look like a very cool thing to do, the real geniuses are those who’ve taken the time to understand how music and sound works – plus the techniques to go with. So never will I listen to a DJ set the same way again. And who knows, give me a pair of stainless steel balls – I’ll strap ’em on – that sick bucket plus a few more years, and it could very well be me getting the party started right! (I can dream, can’t I?)  (Words: Matilda Egere-Cooper)

To find out more about Ministry of Sound’s DJ Academy, visit http://www.ministryofsound.com/club/dj-academy.

Somewhere you should go… Pharrell Williams at O2