Forget the Beano, Bunty and Little Lizzie. Comics are a site of protest, subversion and rebellion and have been since their first recorded publication… or so says the British Library‘s spring exhibition. Tracing the history of comics from its vast archive, this exhibition reveals the changing face of politics, gender, violence and sexuality in Britain, and how it has manifested itself in the comic arena. Comics have been employed widely by countercultural groups, possibly most famously in the 1960s and 70s, when the destruction of social boundaries and Victorian values was coming to a head. These radical moments paved the way for the 80s punk era and the turmoil of the Thatcher government (anti-gay Clause 28 – need we say more?), all of which found their dissident voice in the form of the comic. The exhibition promises to explore every aspect of how the politics of the day have been scrutinised by the creators of some of the most outrageous of publications, often leading to prosecution of its authors. 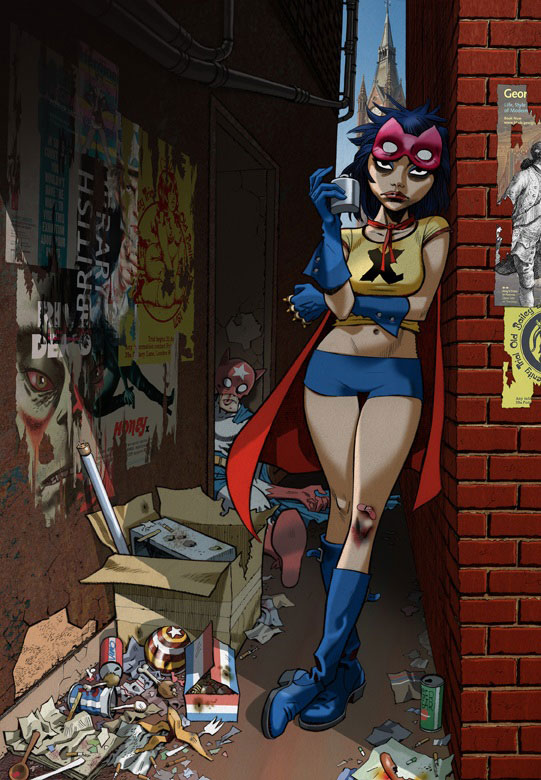 Naturally many of the legends of the comic world are there too including Alan Moore, Neil Gaiman and Posy Simmonds.

But there is a surprisingly revelatory collection of Victorian comics, a suffragette’s handbook and the notebook of an Elizabethan wizard. Comics may have grabbed headlines in the past, but they have rarely enjoyed this academic and scholarly perspective that the British Library has dedicated to it. It’s a much overlooked artform, and this exhibition will challenge the comic’s position as social record. (Words: Laura Thornley) On at the British Library until 19th August. For more info visit: www.bl.uk/whatson/exhibitions/comics-unmasked