When you’re breaking boundaries and changing the face of an established art form, it’s only right that the whole country should know about it. And b.supreme are breaking in more ways than one.
They started off seven years ago, founded by women in hip hop for women everywhere. The b.supreme festival landed in the Southbank Centre in 2006 and showed the capital exactly what B-girls can do when they step away from the shadows of the B-boys dominating the world of breakdancing. Needless to say they knocked everyone off their feet. 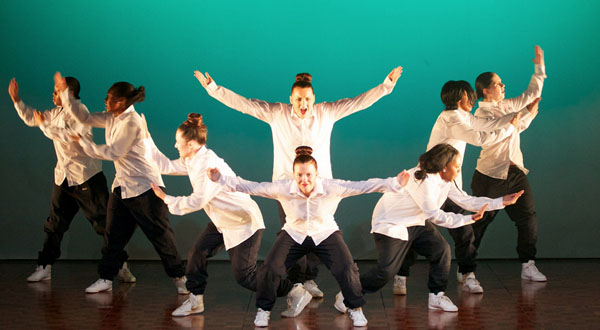 Every year since, the festival has proved to inspire young women, create positive role models through dance and performance, and build a strong future for emerging talent. b.supreme have also allowed young women the chance to train and perform with the best in the world, and see no limit to their abilities. And now they’re taking b.supreme on tour.
Their first date will see over 40 dancers take to the stage at the Churchill Theatre in Bromley. There’s a host of all-female dance companies, including Boadicea and Buckness Personified from Sky One’s Got to Dance, as well as Birdgang and Myself. Plus solo performances from the likes of French House dancer Clara de Paris and Swedish Funkstyle superstar Yami ‘Rowdy’ Lofvenberg. It’s all compered by the UK B-girl legend and Olympic Opening Ceremony choreographer Sunanda ‘Sun Sun’ Biswas, with music provided by DJ Donna Dee.
If that wasn’t enough, it’ll also feature – for one night only – b.supreme’s sister project Dare2Dance – and they’ll be making all kinds of moves for the Battle of the boroughs competition. You’re crazy to miss it. (Words: Roshan Goyate)

What we’ve been up to… Beer & Buns

Something You Should See… Martin Mull: Leap of Faith

Something you should do…London Duck Tours