Since last December, I’ve been training to run my very first half-marathon to tick off one of the things I’ve always wanted to accomplish, especially in 2012. Although I was inspired by blogger Bangs and the Bun and my running crew Run Dem Crew, I didn’t have a CLUE what I was getting into – but I can hand on heart say this whole experience has been one of the most incredible things I’ve ever dedicated time to – and where better to run a marathon than in city as culturally-cool as Berlin?

I downloaded a Bupa training plan and the Nike + GPS app to ensure I was putting in enough miles every week to enable me to build up my fitness and strength to run as far as 13.1 miles. Tuesday nights was dedicated to running with Run Dem Crew, while Sundays were for Long Runs – the serious distance treks around London that at one point saw me run to Tower Bridge from Marble Arch (!). Here’s an “interesting” sight I saw on a 6 mile Long Run: 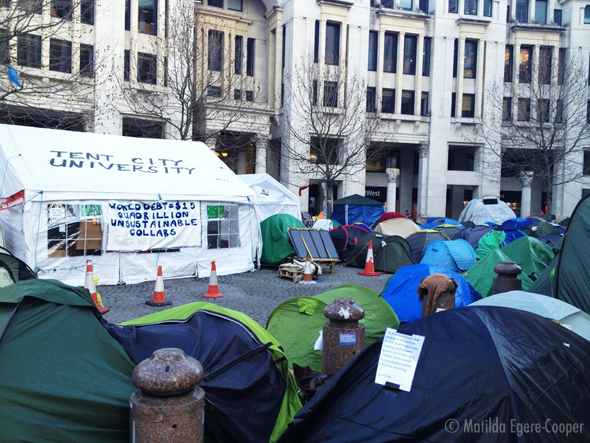 Diet wise, I tried to guzzle as much water as I could daily (emphasis on “tried”, but it’s advisable to have a least a litre a day), while I also tried to load up on the fruit, vegetables and carbs.

I arrived Friday afternoon (March 30th) having flown Swiss Air from City Airport (I couldn’t get a RyanAir flight, which wouldn’t have been half the price and half the travelling time!) and made my way to the Ostel Hostel, recommended by a fellow RDC member and the Guardian. It’s a quirky spot that was quick and cheap to get to from Tegel airport (only 5.60 Euros for both a bus and train) – but the only downside is that it gets very noisy at night due to thin walls and you could easily pass on the breakfast they offer for 7.50Euros. The closest station is Ostbahnhof which offers plenty of places to eat, so a few of us had breakfast at the American sports bar Play Off . As for my first impressions of Berlin – there’s definitely an arty and exciting vibe, with alot of graffiti around (which I’ve been told is encouraged) – and food is so CHEAP! My Euros have been stretching quite nicely…

As the race was on Sunday, the rest of Friday and Saturday was dedicated to taking it easy – so walked along the Berlin wall… 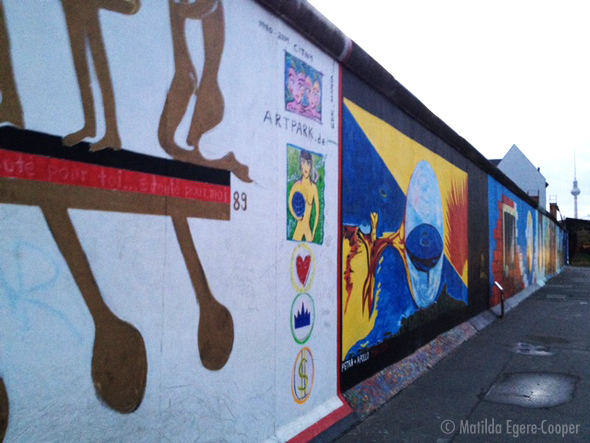 … and eventually stumbled across an authentic Italian restaurant called Osteria Number 1 (a Time Out critic’s choice) in the Kreuzberg area where I went for the Diavola pizza (on the left): 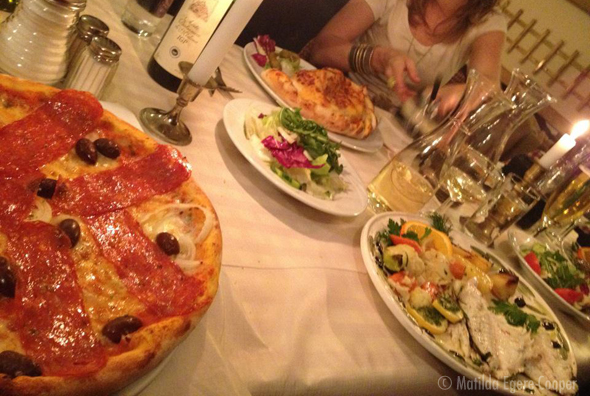 Unbelievably it HAILED on Saturday afternoon (freak weather), so that was pretty much a write-off…but later in the evening, we went to another Italian at the very chic Ossena… 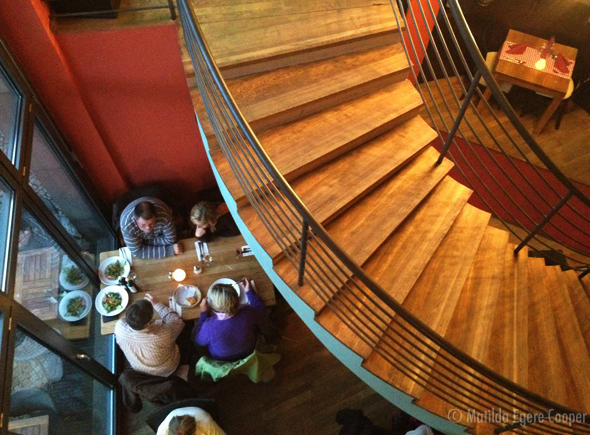 I was semi-nervous, semi-excited, but as I came to Germany as a member of Run Dem Crew, we were hooked up with our own lounge and Bag Drop at the Bar Barbette on Karl Marx Allee, just metres from the starting line, so that helped settle any last minute nervous (plus they laid on breakfast, which is what I needed!)

As nearly 30,000 people were taking part in what has been described as one of world’s leading races, we were divided into starting blocks (pro and experience runners were in blocks A-D, newbies in block E) – and the atmosphere was just electric, while were were fortunate to have good weather (crisp, but sunny)… 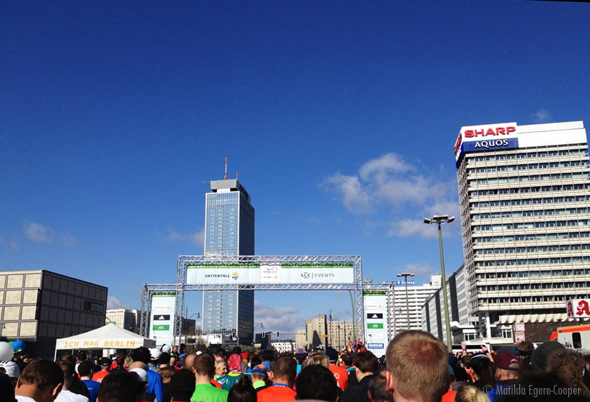 I took a steady pace, taking in the sights I ran past like the Brandenburger Tor, Siegessaule, and the Schloss Charlottenburg . I’d be lying if I said it was easy (there were a few false finish lines that had me sprinting when I shouldn’t have), but I was happy to complete the course non-stop in 2 hours and 7 minutes!

Run Dem Crew later celebrated at the Soju Bar, an intimate and Korean-inspired hangout and hotspot that’s another Guardian favourite, and features a Korean restaurant Kimchi Princess next door.

Overall, it’s been a brilliant weekend (all hail the city break!), and I plan to visit Berlin again to take in more of the city – and if you ever fancy getting into running to conquer a half-marathon yourself, below are a few website recommendations:

Run Dem Crew – I love founder Charlie Dark’s mission to inspire people through running – and since joining last July, I’ve enjoyed being a part of the movement. Membership for the next season opens later this month, but for more info visit Run Dem Crew

The highlight of my summer: Secret Garden Party