Somewhere you should go… Latino Festival by Carnaval Del Pueblo

But perhaps you couldn’t afford the plane ticket this time round. 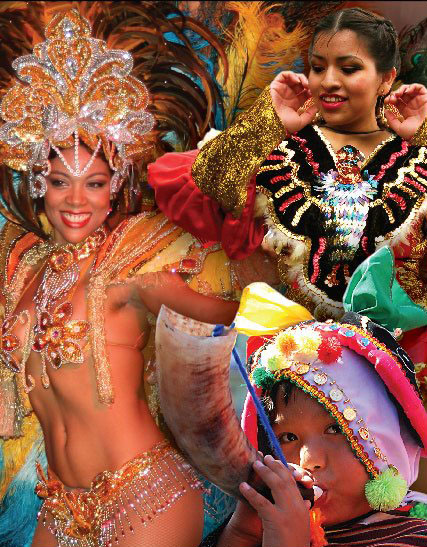 That’s ok. It’s a little known secret that every year, Latin America’s penchant for flamboyant festivity arrives to London in the form of the Carnaval Del Pueblo. Renamed Latino Festival this year (following the closure of its previous venue London Pleasure Garden), it will now be taking place at The Coronet Theater in Elephant & Castle on August 18th.

The event has been a feature of London cultural life for over a decade, featuring samba, merengue and capoeira rhythms, as well as music and dance from Brazil, Mexico, Cuba, Ecuador and the Oru Carnaval in Bolivia. Not to mention dazzlingly colourful costumes and dance lessons. Though smaller than unusual, Saturday’s event  will include a colourful programme of performances to keep the Carnaval Del Pueblo legacy going strong for another year, running all day from 12-8pm. ‘Que legal!’ (How nice.)

Entry is £3, but for more info visit www.carnavaldelpueblo.com

Aoife Moriarty is a freelance arts writer and film graduate. Her own blog can be found here: http://modoeslondon.wordpress.com.

Somewhere you should go… DONG