Something you should do…Book Clubs 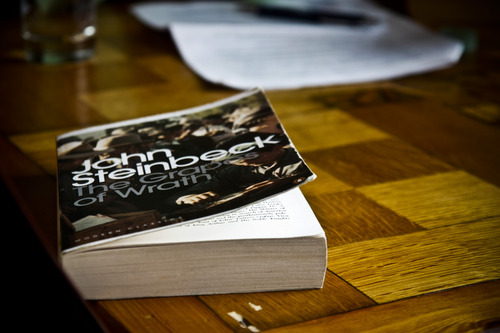 Here are some preconceptions I had about book clubs:

1)  Book clubs are for geeks

3)  Book clubs are for people who would rather spend an evening chopping it up over etymology and the biggest crimes towards modern literature than be connected to the real world, in all its colourful and inconsistent splendour.   And I think you’ll find this describes both geeks AND the Oxbridge set.

As it so happens, I’m neither of those things (yes,I have geek-ish tendencies but nobody in the 21st century is silly enough to go FULL geek – there’s a cyber-bully waiting for you if you do!).  But I’m fairly well-read;  I’ve got an extensive and growing collection of books in my flat (Markus Zusak’s The Book Thief, Roll of Thunder Hear My Cry by Mildred D Taylor and The Alchemist by Paulo Coelho are some of my faves), there’s at least 3 library cards in my purse and if you test me, I can read an entire novel in about 3 days, uninterrupted.

So as a book lover, it’d only make sense to be in the company of such like-minded individuals, even if those preconceptions were begging me to reconsider. I did an internet search to find a book club, and after contacting the organiser, she named the book they’d be reading, informed me of the meet-up details and that was that; No English-lit exam, no background check on my social credentials or whether I was, in fact, capable of holding court with a bunch a strangers (a test I’d imagine would involve saying as much about yourself in 60 seconds and punctuating the jovial rant with “so what do YOU DO?”. Lord knows I would have failed).

I met up with a group in a pub not far from where I lived, and they had spent the month reading John Steinbeck’s  The Grapes of Wrath.  I never read the book in my life, but I did a quick internet search (aka Wikipedia) to get up to speed with the plot, so at least I’d know what was going on.

The nice thing about the group was that it was all quite casual.  There were a couple of guys (to all my single ladies – put your hands up and get yourselves to a book club!) and the ages were mixed, so everybody brought a unique perspective as we discussed the characters, the themes, the narrative.  Admittedly there were moments we went off topic and had general chit-chat but overall, it was a good few hours spent in the company of great people, all united for the common purpose of socialising over literature – and I say DO it.

If you live in the UK, you can find a local book club by visiting www.bookgroup.info.

Something you should do….take an unseen tour of London

Something you should do…Boot Camp

Something you should do… a Wreath Making Workshop

Something you should do… walk with Bowl of Chalk