(Reuters) At the Experimental Burger Society in central London, diners put on lab coats and safety goggles to create their own dinner from meats as ordinary as beef or as exotic as zebra, kangaroo or ostrich.

The Society is a cooking class with a side order of fun and socialising at Bobo Social, a trendy restaurant that opened last August. For £35 pounds diners get to play scientist and mix ingredients they may never have thought could go together.

Toppings are picked from a set of cards designed in the style of the periodic table of elements — except “Sm” is the symbol for sautéed shitake mushrooms and “Cs” will get you a generous helping of Colston Bassett Stilton cheese. 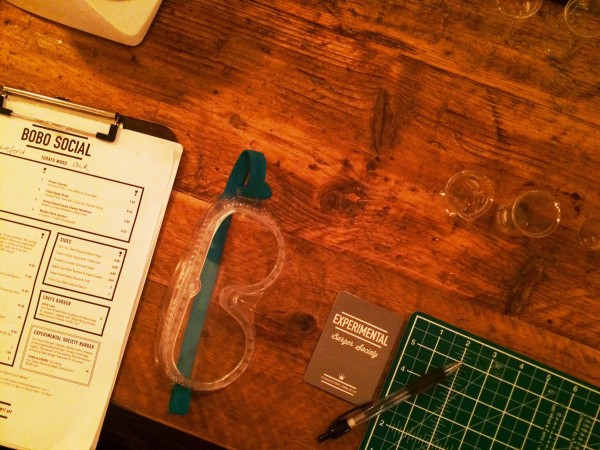 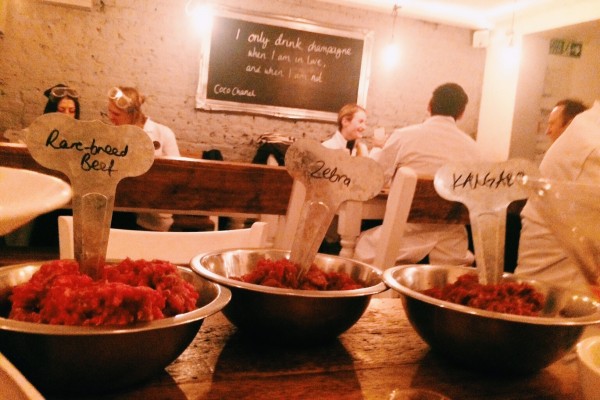 By the end of the night, one of the inventive burgers will end up on the restaurant’s menu as a special for the week.

“We thought about how we incorporate the idea of doing a weekly special with an exotic meat and actually make it a class where people can make their own burgers, teach them a bit about burgers and just make it quite a fun thing for people to do,” said Jacinta Maddison, co-founder of Bobo Social.

When the class was launched last year, it sold out for two months in advance. The science theme was introduced to develop the concept and set the restaurant apart in a city that has seen a burger boom in recent years. 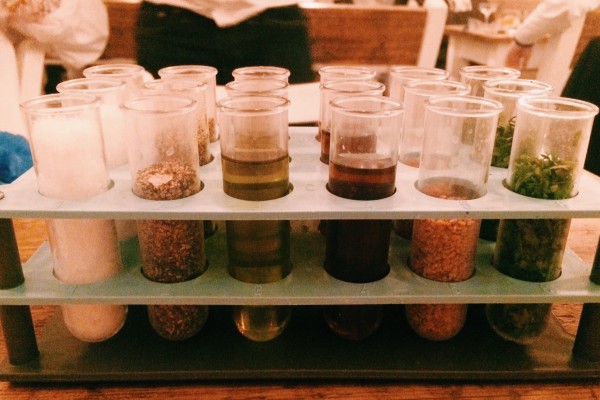 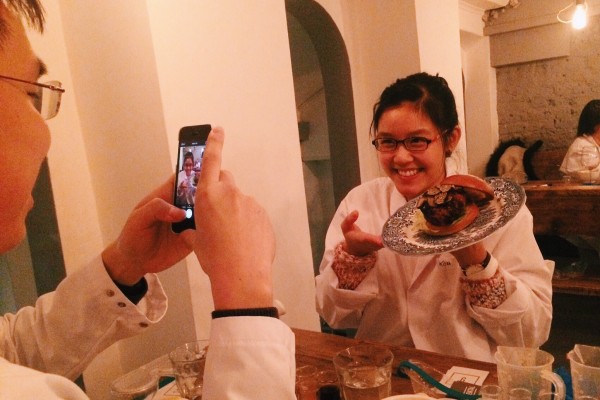 Back at the class, two students from Singapore eye up test tubes of seasonings for salsa as their part-beef, part-zebra burgers are cooking.

On another table, Lydia Buist, a 28-year-old hairdresser, has just received her burger which she names the “Posh Nosh”. Made of kangaroo meat, shiitake mushrooms, truffle shavings and Stilton cheese, it becomes the winning burger for the evening.

“We’ve done cooking classes before and they’re quite static,” said Buist. “This has been a bit more hands-on. We also liked the idea of this because it’s different, and more chilled.”

Chris Large, a chef who created the Glamburger — one of the world’s most expensive burgers that used Kobe beef and caviar and cost 1,100 pounds — is the host for the evening.

He believes the popularity of the class is a sign burgers won’t be falling out of fashion any time soon.

“Something like this is unique,” he said. “It’s here because it fills that gap that nobody else is doing.” 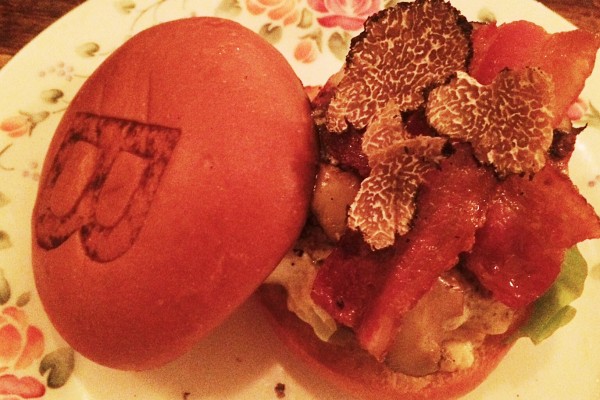 Somewhere you should go… Roux at the Pembury

My weekend in pictures: December 5

Something you should do… The Floating Cinema

Somewhere you should go… Streetfest 2012

Something you should do… get knitting