As it’s officially hibernation season, there’s no better pastime than sitting down to some hot food and a good film. So, it’s timely that Northern Nights should be laying the table of Newington Green’s Trangallán foodie space and putting the reels in motion. Now, in its second year, Northern Nights Film Festival will be showcasing the short film winners, including the Audience Award 2012 tonight.

Acting as a platform for emerging filmmakers, the Northern Lights’ festival runs on the ethos that new talent needs nurturing and supporting. The idea of the festival is to help provide exposure for people’s films but also to provide access to a community that extends further beyond the festival period. It’s no secret that the film industry is often full of closed doors, so it’s refreshing to see a film organisation that is up for helping filmmakers out with the legwork. Each film submitted is no longer than 40 minutes long but everything else is fair game; making for a diverse and exciting bill. 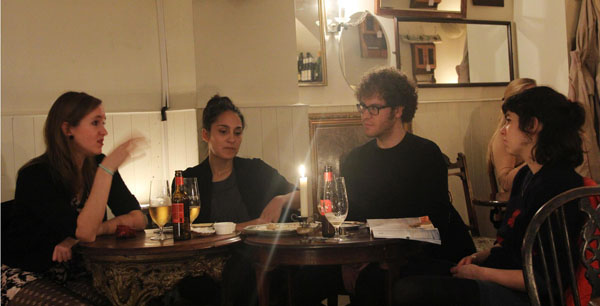 The host venue, in the ever-stylish Newington Green (nestled between Dalston and Stoke Newington), is a gastronomic/cultural space, also in its second year of existence. Trangallán run their own supperclub and special foodie events, including a food and film night; so where else could they hold it? The space also doubles as a furniture shop too. Everything you see is for sale.

The food served up during the screening will be based on the, eat, see, taste concept; the food you eat is inspired by the films you’ll see. There are numerous people working with the food/art cross at the moment, and it’s interesting to see a film event that has elements of this too. Good food, good films, good company, and the opportunity to buy the chair you are sitting on, who could ask for more? (Words: Laura Thornley)

Something you should see… Juergen Teller’s Woo at ICA

Something you should see… Antony Gormley: Model at White Cube