The innovative west London music night Jazz re:freshed is hosting its first New Year party and it’s a must for all of us who fancy bringing 2015 in with a musical bang.

Jazz Re:freshed  have been a vital and influential presence in jazz-influenced music since 2003 and has had input and support from a broad range 0f collectives – so the likes of Blactronica, Amplified and Handson family will be playing on New Year’s Eve, setting the night up to be one big  musical reunion which makes it sound pretty special to us! 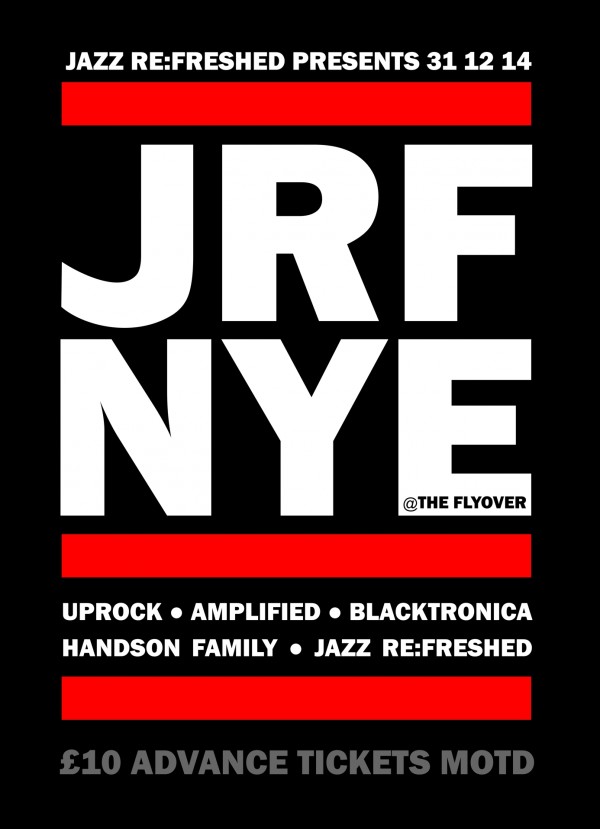 Jazz Re:freshed’s partners in crime Uprock have been at the core of what they do, with members Justin McKenzie and Adam Moses captaining the night in the early days. Uprock will be part of the NYE line up – and with a philosophy of focusing on good, positive music, they’ll make it a night to remember.

Another line-up highlight will be Run Dem Crew’s Charlie Dark, who used to be involved in the legendary Blactronica night, specialising in eclectic music from the past, present and future. This evening is gearing up to be an essential event for New Year, perfectly hosted at  The Flyover warehouse space in West London. Tickets are cheap at £10 too and the musical standard is guaranteed to be mind blowing. (Words: Laura Thornley)

Somewhere you should go… Gandini Juggling at The Royal Opera House