Something you should see… Trojan, Works on Paper at the ICA

You may have heard of a performance artist named Leigh Bowery – an iconic figure during the 1980s who blended art, performance, fashion and cross-dressing. But, you may not have heard of his partner in crime, Trojan: a figure too quickly forgotten in the annals of art history. Trojan was as influential as Bowery on the streets of Soho. A member of the ‘mythical people’ they joined John Maybury, Michael Clark and Boy George as part of the Taboo club goers – a group of hugely creative individuals and a place synonymous with a hedonistic lifestyle. They were both artists and collaborated regularly – and both used their body on a daily basis as a canvas for expression. But since Trojan died at the age of 20, much of his influence didn’t reach the same extent as his peers. Thankfully, this exhibition at the ICA should go some way to re-address the balance. 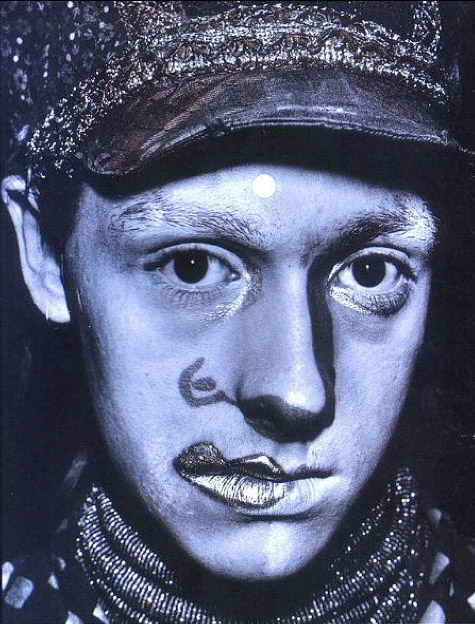 Gary Barnes, as he was known growing up, exhibited some work during his short lifetime but now, his ex-lover director John Maybury has donated and helped fund this exhibition, focused simply on his drawings. Often chaotic and absurd, the works were never precious or reverent. Using biros or cheap plastic frames the work took inspiration from the DIY culture that was very present throughout the punk years and has influenced sub cultural activity since. It’s rare for an art gallery to shed light on this performance subculture – perhaps due to the indefinable qualities; it was a movement always looking to go beyond the expected. Either way, it’s an exhibition not to be missed.

Trojan: Works on Paper is on until November 18th. For more info, visit www.ica.org.uk

Something you should see… Haroon Mirza at Lisson Gallery