Something you should see… The New Babylon

They just don’t make them like they used to.

This cliché, long the favourite of grumpy old-timers and wistful drunkards, is all too appropriate when describing The New Babylon, the 1929 Russian silent film that was produced before Josef Stalin began to strictly censor Russian culture. The CLoSer film series will be screening the movie, along with a live performance of the score by the City of London Sinfonia, at Village Underground on 23 October. 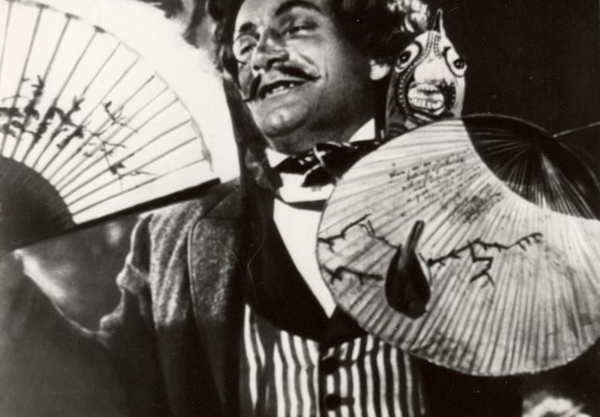 The film is set in 1871 Paris during the time of the Paris Commune. This brief period of upheaval was a time when a socialist group took control of the Parisian government and later proclaimed themselves rulers of all of France. Needless to say, the ruling French government quickly took action and two months later, thousands were killed and order restored.
This whirlwind background is the setting for The New Babylon’s tale of a shop girl and soldier who meet and fall in love. With so much taking place around them, the lines between their personal and political passions get blurred. In place of the actors’ voices, Dmitri Shostakovich’s score moves the emotional piece along. Shostakovich’s only silent film score is full of lush jazz melodies, as well as sultry cabaret tunes—unexpected for something produced during Stalin’s regime. Film score and jazz fans alike have long considered The New Babylon’s soundtrack to be one of the standout pieces of the silent film era.

Attendees of the CLoSer screening will have a chance to travel back in time and see the film much like Russian movie goers would have experienced almost a century ago (though the Village Underground is likely to provide a few more comforts that Soviet-era movie houses!) (Words: Barbara Cole)

Somewhere you should go… Secret Cinema Presents Back To The Future

Somewhere you should go… The Grant Museum of Zoology

Something you should see… United Visual Artists: Momentum

Something you should see… Gaia: Show of Hands at Nelly Duff