Since the Raven Row Gallery regularly champions overseas artists and those with a political interest – it’s not a surprise that this February they will be presenting Bela Kolarova’s first posthumous retrospective since her death in 2010. Having only received significant attention in the last few years, this new show, at this stunning gallery, gives much deserved space to an artist from behind the iron curtain.

During her life in the Czech Republic Kolarova’s artwork was often overshadowed by her husband, Jiří Kolář, a writer, poet and collage artist. But in these heady days of equality (well, not quite, but…) Kolarova’s work has sparked new interest. Working during the 60s and in opposition to the then Soviet dominated Czechslovakian trends, the artist developed a practice that kicked against the wonder and preoccupation with the photograph and continued the Bauhaus school of thought: working with the medium in an abstract way. 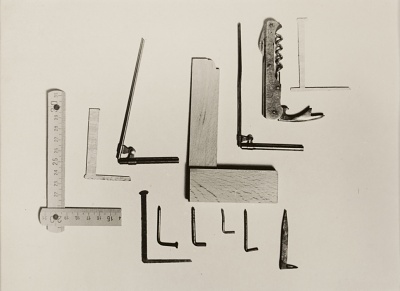 Kolarova is most well known for her ‘artificial negative’ images – a technique that involved layering parafin over cellophane and imprinting the most mundane of objects onto the surface. Through this preoccupation with the unimportant, the artists became associated with the New Realism movement of the 1960s. As Kolarova’s work progressed, and for political reasons was never shown in Prague, she became increasingly concerned with domesticity and feminism, using her own hair and make up to complete many of her artworks.

The exhibition promises to display works through all apsects of the artists ouevre – from her early photgraphs, experiemntal photographs and into her more politically charged work from the 1970s and 80s. The tragedy of art – that recognition often comes after ones death – still remains true for this artist. But, Kolarova’s work remains as vital as ever, despite its late discovery. And for that reason it is a must see. Words: Laura Thornley

Something you should see… Northern Soul at BAC

Something you should see… Gary Taxali at The Outsiders Gallery

Somewhere you should go… Dean Chalkley’s The New Faces screening and party, The Book Club