Something you should eat… ramen

It’s that time of year again when the winds are howling, the rain is falling at a slant and Lemsip and Lockets can be smelled for miles around. Luckily, there are some new restaurants in Soho that are serving up the antidote to the winter blues: Ramen. In the last 6 months three  new but very different eateries have opened in central London, so we felt like high time we investigated what these new editions to the Japanese food scene were all about. 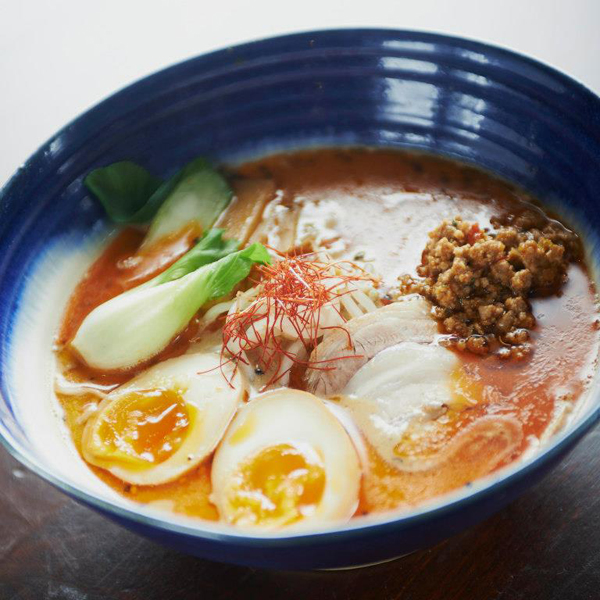 If Ramen is a mystery to you, let me explain. After spending the wettest April for 40 years schlepping around Tokyo and Kyushu, I gained a little experience of the steaming bowls. Although it origins are under dispute (but probably from China) Ramen is a staple of the Japanese cuisine – and they hold the soup in high esteem.  Humble and seemingly modest (but forever plagued by its dehydrated cousin the Pot Noodle), Ramen is seemingly the cure of all ills, for anything from a sniffle to a broken heart. The soup base and what goes in, depends largely on the region the chef is from. There are four general styles that are used including: Tonkotsu (boiled pork bones), Shio (a salt-based broth), Shoyu (soy) and Miso. Into this goes various ingredients and of course, the all important noodle. The kind of noodle? Well that depends… thin and curly, fat and flat. There are so many ways and means to make ramen, and of course everyone’s recipe is the best, so here’s the latest venues on the map:

Bone Daddies, as its name suggests, deals purely in the Bone boiled broth variety of Ramen. Born from the taste buds of its Australian Chef owner, Ross Shonhan, the Ramen isn’t what most Japanese would call traditional. But Shonhan isn’t necessarily putting a claim on authenticity. The style is cool and possibly owes more to the recent New York Ramen trend than the Hakata stalls. We tried the Soft Shell Crab with green chilli and ginger sauce and globe artichoke with Yuzu Kosho Mayo. Both delicious. For Ramen, we chose Tonkotsu (20 hour Pork Bone Broth) and Dipping Ramen. The 20-hour soup was intense, outrageously rich and fatty. The Dipping was served, traditionally, with the cold ingredients on a woven matt to dip into a disappointingly minute bowl of chicken broth. Each soup comes with bamboo, bean sprouts and a perfectly boiled, insanely delicious egg. They also serve a healthy dose of Japanese whiskies and flavoured Sake. http://bonedaddiesramen.com/ 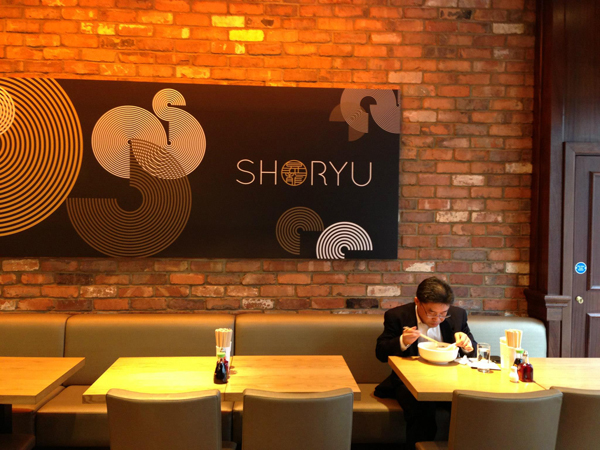 Since the newest addition to the Ramen scene is run by the CEO of the Japan Centre, Tak Tokumine, you better believe they are here to be show the others how Ramen is done. This place is fundamentally Japanese, the staff are clothed with traditional Hachimaki headbands, there is a Kuyshu drum to welcome and pay farewell to diners accompanied by united cries from staff. The detailing is lead by the passion of its owner who believes in the healing power of Japanese food. And, by the taste, you can’t argue with that. The broth is made with purified water, the noodles have been through a rigorous testing process to obtain the essential chewiness and the Hoji tea, air delivered to retain its freshness. Their Hakata Tonkotsu is the star of the show, pale and fresh looking, it straddles perfectly richness and lightness. It has a smokey flavour adding extra depth – and the vital part to their secret ingredient. Tak has even catered for the gluten-free crowd, substituting wheat noodles for rice noodles with a miso base. This may not be the coolest joint in town but that’s not the point. This is perfection, health and thoughtful food – the Japanese way. www.shoryuramen.com

Tonkotsu opened in the summer by the already established Tsuru sushi bar chain. It’s traditional in its limited menu – 3 styles of soup, 3 different styles of Gyoza and a handful of sides. But a small menu is a sign of freshness,  if you ask me. The chefs cook in the window, which makes good entertainment for the queues often found curling outside. The minimalism décor echoes the menu. The noodles are chewy and bouncey, and the broths are complex enough to satisfy a trained ramen eater while easing in the newcomers. The Gyoza is thin and crisp and handmade daily – but be warned this can result in them selling out! Tonkotsu also pays tribute to the pairing of Beer and Ramen offering some interesting locally produced types alongside Japanese Sake, Shochu and Whiskies. www.tonkotsu.co.uk (Words: Laura Thornley)

Are you a fan of ramen?  Do you have a favourite spot in London?  Let us know in the comments section below!

Somewhere You Should Go…Vista Bar

What we’ve been up to… Street Kitchen

Somewhere You Should Go… The Long Table, Dalston

Something you should do…Afternoon Tea