Carnaby Street has become slightly tourist ridden of late, but ask your parents and they’ll tell you it used to be the place to be seen and to see the hottest music stars. It’s where the NME offices began, holds the first venue to play a SKA act in the UK and is where Tom Jones walked the streets with a cheetah on a leash (!). 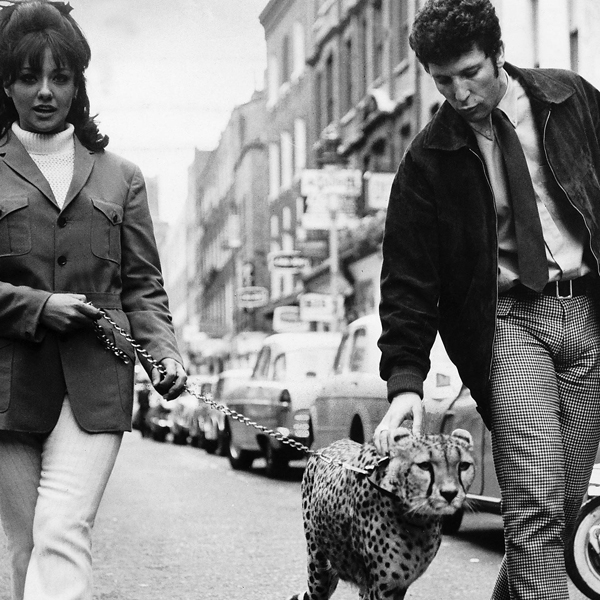 To celebrate Carnaby’s 10 decades of musical heritage from jazz to rock to pop to punk, commemorative plaques will be installed on key buildings giving an insight into the vast music history  behind one of London’s most iconic streets.
As you visit each plaque and navigate the back street of Carnaby a walking tour app is also available to download via carnabyechoes.com, the App Store or Google Play. It’s a great and innovative touch that further aids in your music education providing interviews and performances from artists including The Sex Pistols, Cat Stevens, Kanye West and Amy Winehouse as you take in the places they’ve visited and performed at.
The plaques are the idea of artist Lucy Harrison and accompany an exhibit at Foubert’s Place where music fans can further indulge with contributions from Boy George, Mark Ellen, Lloyd Coxsone, Dynamo to name a few. Visit the exhibit to also receive a free pair of Carnaby branded headphones for each visitor.

On until 20 October, admission is free and once you see a picture of Tom Jones walking a cheetah on a leash, watching The Voice won’t be the same for you again. (Words: Lucy Palmer)

Lucy is a freelance writer who also works in advertising with a love of Christmas, shopping and coffee.

Something you should see…La Fille à la Mode, National Theatre