Something you should see… Isabella Blow: Fashion Galore!

The eccentricities and outrageous wardrobe of the fashion patron Isabella Blow is the latest addition to the fashion exhibition trend this November. A truly unique character, Blow was adored and revered by her peers from Philip Treacy to Daphne Guinness and Rupert Everett. Famed for being a nurturer of emerging talent, she is credited with finding the model Sophie Dahl (when she was crying on a corner in Kensington), photographer David LaChapelle and designer Alexander McQueen. 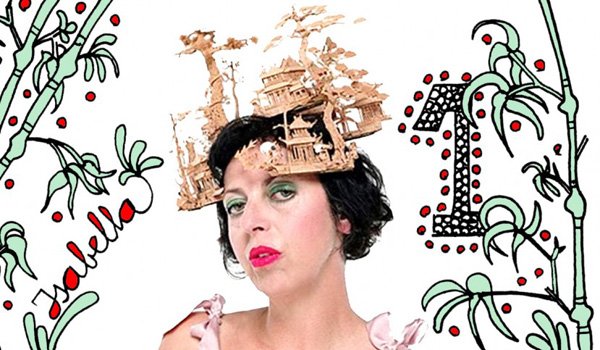 Blow is a world-renowned fashion icon, and this exhibition pays testament to her legacy. She began her career in America when her studies in Ancient Chinese Art took her to New York in the 70s. There she met artists such as Andy Warhol and Jean-Michael Basquiat, as well as Anna Wintour, the then creative director of US Vogue. She later became her assistant and was projected into her fashion career. Blow returned to her home country of England to work at Tatler in 1986, where she would continue to influence and direct fashion for  the rest of her career. Her life was as eventful and legendary as can be expected of such a colourful character, sadly marred by depression and multiple suicide attempts.

Her archive itself was not without incident; shortly after her death her wardrobe was due to be auctioned at Christies by her family. Fearing it would a veritable feast by the lurking vultures, her friend Daphne Guinness bought the lot before it could reach the grasp of the public. The incredible collection Blow had built over many years has remained with Guinness and is what has made this exhibition possible. Displaying over 100 items, the show will include hats by Treacy, McQueen dresses as well as talents she discovered such as Hussein Chalayan and Julien MacDonald. (Words: Laura Thornley)

On at Somerset House from November 20 to March 2 2014. For more info visit: www.somersethouse.org.uk/visual-arts/isabella-blow-fashion-galore