Something you should see… Bill Viola at Blain|Southern

Two women walk across a desert. They move with purpose but don’t appear, at first, to be making any progress: their small steps seem futile across the vast expanse, as if treading water. The hazy backdrop of a mountainous landscape, undefined and unclear through thin veils of sand, serves to emphasise the overwhelming distance and scale of their journey. Visible waves of heat moving horizontally across the plains seem to push against their bodies, only accentuating their efforts. 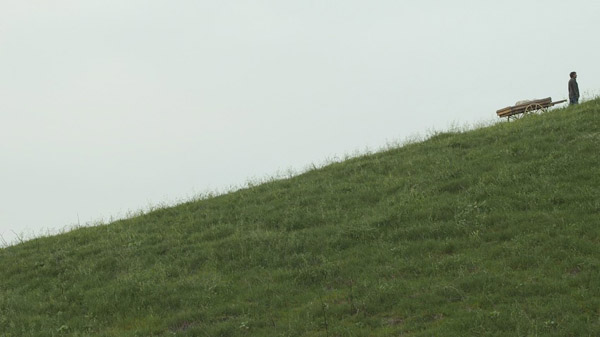 Flailing human efforts to cross, contain, and to comprehend the magnitude and power of the natural world? This is classic sublime. Welcome to Bill Viola’s new show at Blain|Southern, where a selection of new video works by the artist will knock you for six.

Viola forces us temporarily out of a life on autopilot and has us think about the broader significance of our everyday actions. The conclusion seems to be – there isn’t much significance. Frustrated Actions and Futile Gestures, the work which gives its name to the exhibition as a whole, offers exactly what it says on the tin. Nine screens show torturously repetitive actions – painstakingly sweeping up tiny bits of gravel into a wheelbarrow only to pour them out again, pouring water into a broken glass jug only for it to gush out of the side. Even love and romance come under scrutiny in this bleak work, with relationships whittled down to a looped film of a couple intermittently slapping and tenderly embracing one another, between long, dull periods of standing opposite one another. 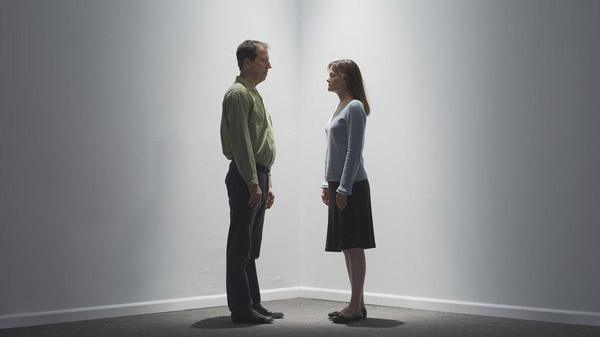 It’s a pretty heavy show. Viola certainly doesn’t hold back on addressing the big questions: life, death, and meaning thereof. I came out of the gallery feeling a bit like I’d been run over. Certainly some works are stronger than others, and as a whole the exhibition is no great work of philosophy. But Viola engages the moving image unlike any other and his works are poetic, powerful, and will give you more than a few things to think about. (Words: Florence Ritter)

Somewhere you should go… Poetry Slam at The Roundhouse

Somewhere You Should Go… The Long Table, Dalston