Something you should see… Northern Soul at BAC

Victoria Melody’s one-woman show comes to Battersea Arts Centre after a nationwide tour. More akin to a funny lecture on the quirks of Britain than a traditional theatre performance, Northern Soul is an entertaining and thought-provoking musing on life in Britain’s national pastimes. 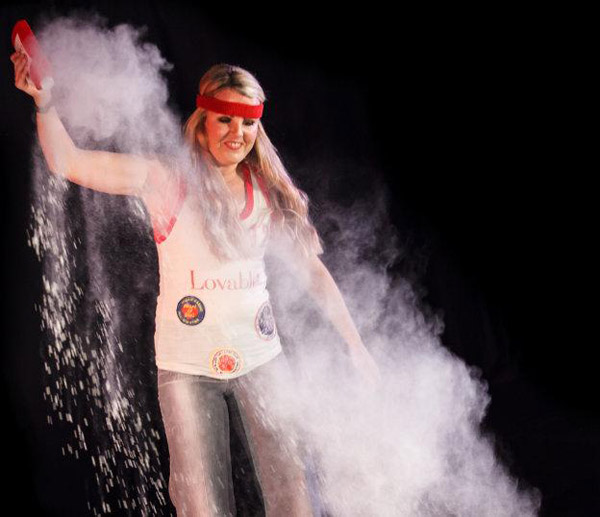 Victoria, the sole performer and writer, is bringing something new and fresh to the theatre circuit. Unlike many other shows out there, Northern Soul’s main protagonist gets her experience on the job, cosying up to communities and learning their loves, then translating this into an entertaining evening: just her and the audience. In theory, that falls in the brackets of ‘method acting’ but there is something distinctly Jeremy Deller about her work. And, perhaps unsurprisingly, she comes from a visual arts background herself. Having studied Fine Art at Chelsea, Victoria has channelled her performance work and interest in anthropology into her distinctive and successful style.

Themes for this performance include getting involved with the Northern Soul crowd – a 1970s looking bunch that tend to frequent decrepit looking seaside dancehalls. Melody dons the gear and learns, with surprising skill, many of the must-have dance moves. She also finds interest in our feathered friends, sharing her experiences in the dying pastime of pigeon-fancying. Dull as some may think a pigeon sounds, Melody finds poetry and comedy in all aspects of her work – and she has the critical acclaim to prove it.

The performance on the stage may look like a one-(wo)man show, but direction falls into the hands of Ursula Martinez, one of the original La Clique performers. If you know La Clique, you will know that anything they touch generally turns into performance gold… so expectations run high for this too. And, judging by her reviews from around the country, Northern Soul will not disappoint. (Words: Laura Thornley)

Somewhere you should eat… FEAST London

Something you should see… Ty at the Jazz Cafe, April 10th