Something you should see… Salute

You’ll be hard pushed to find a more iconic image than the photograph of the black power salute at the 1968 Olympics. It has become an image that epitomises a century of civil rights, politicised youth and defiance against archaic laws. But this new feature documentary by Matt Norman highlights a part of the image that you may not have previously noticed: the third Olympian in the image. Australian Peter Norman – Matt’s uncle – won silver that day but never competed in athletics for his country again, just like African-Americans Tommie Smith and John Carlos. Why? because he was complicit in the politics on the podium. 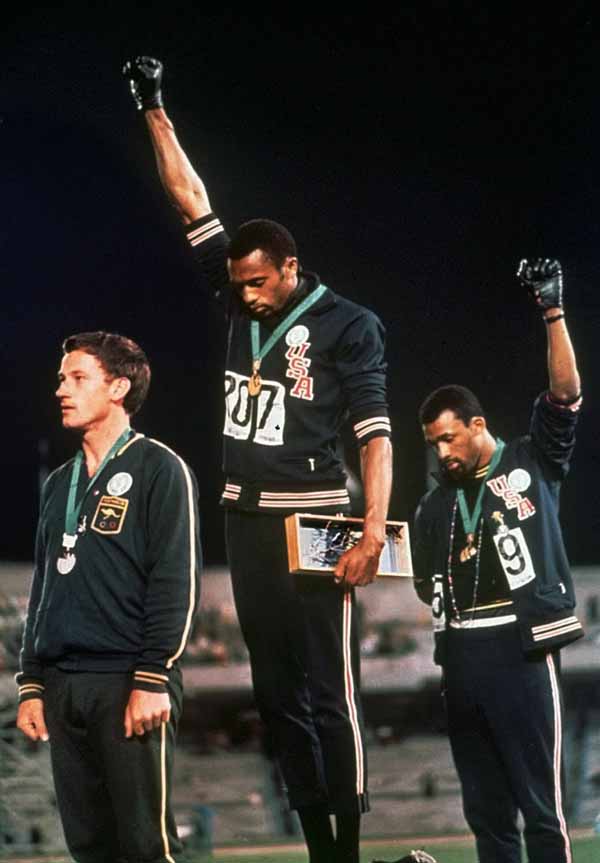 The doc follows the road to the Mexico City Olympic games and the events that surrounded that fateful year. Working with a variety of found footage and interviews Norman has created a tense and emotional doc that makes for compelling viewing. It provides a great insight into the history of the time (for any of us who missed the details first time round) addressing reasons why the young athletes chose to act and the bravery it took to stand up at that moment – with innumerable sniper rifles around the stadium.

Their solidarity that day and Norman’s support for his fellow athletes stayed with the civil rights movement until his recent death. The documentary paints a genuinely heartwarming image of camaraderie, in the face of such horror elsewhere. With the Olympics around the corner it couldn’t be released at a more opportune moment so it’s a must see if you have any doubts about what sportsmen can do for the world. (Words: Laura Thornley)

Something you should see… Emma Hart: Dirty Looks at Camden Arts Centre

Something you should see…The Four Stages of Cruelty, Arcola Theatre