Television – it’s the glue that holds society together. How many Monday moments have you had at the virtual watercooler with colleagues, bonding over a shared disgust of the latest torrid soap story line, or weeping with laughter at Sir Alan’s latest put down? Too close to the likes of TOWIE for you? Well TV does high-brow equally well: witness the popularity of Attenborough’s Africa or the wonderful Mad Men.

In fact, as much as the media likes to put a downer on the quality of broadcasting in the modern age, we all know that without telly, things would get pretty boring pretty quickly. So in the spirit of all good rhyming children’s TV slogans everywhere, let’s celebrate, not denigrate! 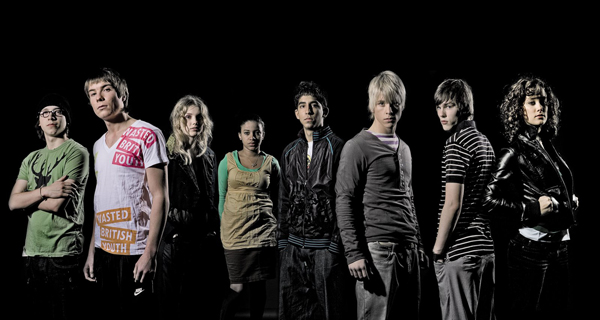 The Institute Francais in has taken it upon itself to arrange the UK’s only TV series festival, featuring some of the most beloved shows on our screens. Strange though it is that this televisual celebration is being instigated by our partners across the Channel,  we can only be grateful to our French cousins for the treat in store. Let’s be clear, there will be no showings of My Family, but the comforting familiarity of characters from well-loved sitcoms such as Doctor Who and Skins should be enough to keep any attendee entertained.

The festival kicks off with the world premiere of Flight of the Storks, a mini drama that follows intrepid academic Jonathan Ansolme through a murky world of intrigue, deceit and murder, whilst embarking on a mission through the African jungle, to follow storks on migration. Alternatively, enjoy a comedy marathon, taking in British classics Peep Show and The Thick of It, whilst also getting an introduction to less familiar French comedies Kaboul Kitchen, WorkinGirls and Desperate Parents.

Saving the best ’til last, there’ll be a conversation with Downton Abbey star Hugh Bonneville on Sunday giving attendees the inside scoop on behind the scenes action, whilst a screening of Labyrinth will be followed by a Q&A featuring actresses from the cast Katie McGrath and Vanessa Kirby, alongside author of the original book Kate Mosse. Come Monday morning, you’ll have serious bragging rights at that watercooler.

Somewhere you should go… The London Ice Sculpting Festival

What we’ve been up to… Paesan