The great, the good and the beautiful are all on display at the National Portrait Gallery as part of a major exhibition on the photographer Man Ray. Best known for his avant-garde images, the American artist also took portraits throughout his career and it’s these photographs that are the subject of the show. The images, which were taken between 1916 and 1968 journey through Ray’s early days in New York, his spell in Paris during the twenties and thirties, the decade spent in Hollywood and his late years in Paris until his death. 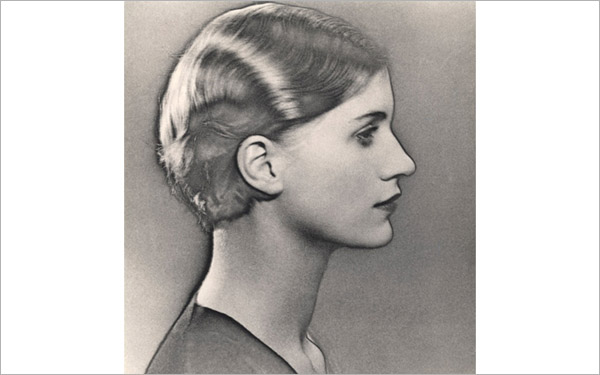 Artists and writers captured by the photographer include Picasso, Salvador Dali, James Joyce, Virginia Woolf and Marcel Duchamp. Also featured in the exhibition are fashion icon Coco Chanel and film siren Catherine Deneuve. With more than 150 vintage prints on view, these photographs really are a list of who’s who. However, there is more to this exhibition than just famous faces. Alongside these pictures of Man Ray’s contemporaries and cultural figures are the more personal portraits of friends and lovers. Included in the exhibition is one of his most famous images of lover Kiki de Montparnasse. In Le Violon d’Ingres (1924), the French cabaret performer and actress sits with her naked decorated back to the camera. The US model-turned photographer Lee Miller also makes an appearance in several prints. Miller was not only in a relationship with him, she also collaborated with him professionally.

For an artist for whom photography was never his principal artistic medium, Man Ray certainly made innovate strides with this form. He was instrumental in developing a type of photogram or what he called ‘Rayographs’ which were made by putting the image directly onto the photographic paper and is also credited along with muse Miller for inventing the process of solarisation. The use of solarisation can be seen in the portraits of Miller and of the French singer and actress Suzy Solidor. Rare examples of Man Ray’s early experiments with colour photography are also on show,

There are probably very few people who haven’t heard of the name Man Ray or seen any of his images, but as a comprehensive survey of his photographic career this exhibition is definitely worth a visit. (Words: Eri Otite)

Man Ray Portraits is on at the National Portrait Gallery until May 27th. For more info, visit www.npg.org.uk