When Cy Twombly passed away last year, his absence left a void in the creative world. The American was one of the last goliaths of Abstract Expressionism, a living master who produced unmistakeable artwork. You could say, ‘they don’t make them like that anymore.’ – and perhaps that’s right. So the Gagosian gallery is hosting a touring exhibition of his last paintings, alongside 61 photographs from the 1950s up until 2011. Having already travelled from LA to Hong Kong, the exhibition will eventually go from London to New York. The show pays testament to the internationally acclaimed status of Twombly, even right up until his death. 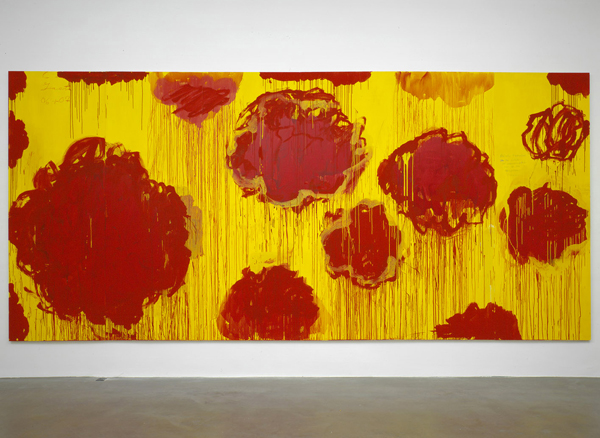 Twombly was originally from Virginia but  eventually became part of the New York artist scene and a close friend to fellow Americans  Robert Rauschenberg and Jasper Johns. His work displays a wealth of colour and freedom that is synonymous to the Abstract Expressionist movement and one that never gets old. Twombly received many accolades throughout his career, making numerous submissions to Venice Biennale and selling paintings for millions through Sothebys. Although its unlikely this will be the last word on Twombly, this new exhibition at the Gagosian will give a keen insight into his final work, produced just prior to his death. A great opportunity to get up close and personal with a master painter. (Words: Laura Thornley)

On until September 29th.  For more info, visit  www.gagosian.com

Something you should see… The Tree of Life